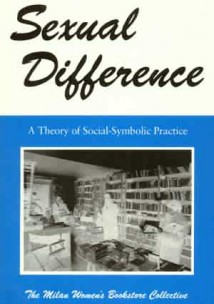 The Milan women's bookstore exists since 1975. It is a cooperative of sixty-four women, and it is run through weekly voluntary turns. The bookstore specializes in books by women in Italian, it has 7500 works written by more than 3700 authoresses in stock. In the bookstore catalogue you may find texts that are no longer in print, or books by small publishers, there is also the complete bibliography about the practice of sexual difference and feminist thought in Italy, besides other publications, not usually available by massive market distribution yet obtained through intense personal exchanges. Those fond of thrilling will find a new sector, just inaugurated, dealing with this genre. Besides, the bookstore can sell material by mail (adding shipping and handling) and has an archive which can be consulted by appointment. Besides the magazine "Via Dogana" and the series "Quaderni di Via Dogana", the bookstore publishes documents, meeting recordings and other texts dealing with political theory and practice; some of them collected in the "historic" issue "Sottosopra".

A Theory of Social-Symbolic Practice

This book is about the need to make sense of, exalt, and represent in words and images the relationship of one woman to another. If putting a political practice into words is the same thing as theorizing, then this is a book of theory, because the relations between women are the subject matter of our politics and of this book. It is a book of theory, then, but interspersed with stories. We believe that to write theory is partly to tell about practice, since theoretical reasoning generally refers to things which already have names. Here we are dealing partly with things that had no names.

The events and ideas we talk about took place between 1966 and 1986, mainly in Milan. They generally go under the name of feminism. We would now like to bring to light their true meaning and therefore their name as well. That name is “genealogy.” In the years and places we mention, we saw a genealogy of women being charted; that is, women appeared who were legitimized by referring to their female origin.

Saying this is exciting, because the outcome is still uncertain. We are not certain that the history reconstructed in this book will really produce what we wanted, that is, to be inscribed in a female generation. We cannot be sure that, put to the test, our experience will prove to be only one of the many historical vicissitudes of the fragile concept of woman.

Please, specify the title or the language of the book you wish to receive.